By alfonso.fernandez@coop.org | 12.01.16
Britain’s Observer, the oldest Sunday newspaper in the world, first published 225 years ago. Just like financial institutions, newspapers have changed over the centuries, decades and years – and more change is imminent. We see traditional institutions like credit unions and Sunday papers constantly changing, adjusting and aligning with the changing needs of their customers. To help you be the change, we curated the best stories of the week for you: The hot new Millennial housing trend is a repeat of the Middle Ages: An intriguing read about the history of housing and a possible new trend that echoes an old way to live: "Humans have never lived the same way for long, and many people are finding today’s urban and suburban neighborhoods, which are based on an idealized version of home that is by now hundreds of years old, to be lacking. Humans may never return to the days of having strangers and distant relatives dropping in to live for extended periods of time, but it’s clear that a group of people are tapping into the past that John Gillis wrote about: ‘Until well into the nineteenth century, heaven was represented not as a community of families but as one large community of friends.’” The scary truth about corporate mobility: "The digitization of business is indeed bringing greater efficiency and opportunity, but it comes at the price of stability and greater surety. Say the researchers: The good news is the newer firms are more nimble. The bad news for these firms is that their days are numbered, unless they continually innovate." They are getting older. Their mortgage debt is growing deeper:  “We need to recognize that people are retiring with a monthly payment that previous generations didn’t have. And for a lot of people, it’s a pretty large payment.” What's wrong with Big Data? "Quantified thinking is the dominant ideology of contemporary life: not just in scientific and computational domains but in government policy, social relations and individual identity. It exists equally in qualified research and subconscious instinct, in the calculations of economic austerity and the determinacy of social media. It is the critical balance on which we have placed our ability to act in the world, while critically mistaking the basis for such actions. ‘More information’ does not produce ‘more truth,’ it endangers it. We cannot stand as dispassionate observers of supposedly truth-making processes while they continue to fail to produce dispassionate ends. Rather, we need to restate in new terms, in light of our technologies and in respect of them, the importance of acknowledging complexity and doubt in our thinking about the world.” Design thinking is vital to deliver delightful customer experiences: “Moving from design thinking to design doing is where the craft of design really comes into its own. Ideas are made tangible, prototyped, tested with users, iterated and released to market in a rapid cycle of build, test and learn.” Actually, let's not be in the moment. "So, perhaps, rather than expending our energy struggling to stay in the Moment, we should simply be grateful that our brains allow us to be elsewhere." 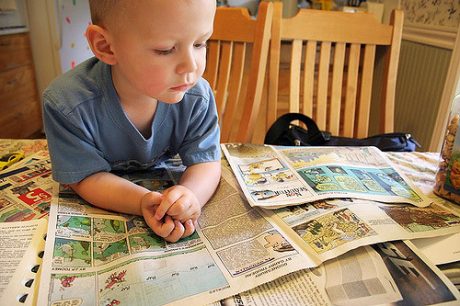