By CO-OP Financial Services | 04.12.17
Since our nation’s earliest days, there has been no place quite like New York City, the location for CO-OP’s THINK 17 Conference. Not only does the tiny island of Manhattan attract visitors from all over the world, but it also boasts an array of iconic landmarks, from the Empire State Building, Times Square and Central Park to Rockefeller Center, Wall Street and the Freedom Tower. And for those of us in the credit union industry, New York City holds a special place in our hearts. That is because the Big Apple was once home to a founding father near and dear to us: Alexander Hamilton. A true New Yorker, Hamilton was considered a change agent and genius who transformed our banking system. His service to our country earned him a place in both our history books and on our $10 bills. And most recently, has earned new found fame as the hottest Broadway ticket in town. Looking Back: 5 Fun Facts About Alexander Hamilton #1 – Born January 11, 1757 and orphaned as a young child, Hamilton was taken in by a wealthy merchant family who recognized his immense intellect and sent him to King’s College (now Columbia University) to obtain an education. #2 – During the Revolutionary War, Hamilton joined the New York Provincial Artillery Company, fought in the battles of Long Island, White Plains and Trenton, and eventually became George Washington’s aide in the war. #3 – After the war, Hamilton returned to Manhattan to practice law. He also founded the Bank of New York, which served customers for 220 years (until 2007), making it one the nation’s longest operating banks. Located in New York’s financial district, its building now houses the Museum of American Finance. #4 – In 1789, Hamilton became our first United States Secretary of the Treasury. A financial district building known today as Federal Hall National Memorial sits on the site where he worked. At the time, New York City served as the nation’s capital, and this historic site housed our first Congress, Supreme Court and Executive Branch offices. #5 – While Treasury Secretary, Hamilton was a prolific writer, producing numerous reports for Congress, including the First Report on the Public Credit, Operations of the Act Laying Duties on Imports, Report on a National Bank and On the Establishment of a Mint. Fast Forward: 5 Great Reasons to Explore Hamilton’s New York Today #1 – Millions of people love it there. In fact, New York City attracted a record number of tourists last year – topping 60 million, second only to Orlando nationwide. #2 – New Yorkers make headlines – and always have. The New York Post, established by our beloved Alexander Hamilton in 1803, is the longest-running newspaper in the U.S. #3 – The shopping is incredible. Plan your trip to Manhattan in either the April/May timeframe or around the holidays for the best deals. Helpful hint for your retail therapy: Bargain shoppers flock to Century 21 for great discounts on designer clothing. #4 – You may just discover a pot of gold. The Federal Reserve Bank’s vault in New York City is the world’s largest depository of monetary gold. Located 80 feet below the ground, it contains more than a half million gold bars worth an astonishing $90 billion. And you can tour it for free. #5 – Hamilton is giving an encore! His contributions to both the great city of New York and our nation are being celebrated on stage in the acclaimed Broadway musical, “Hamilton.” Take a Bite Out of the Big Apple at CO-OP THINK 17 Join us in New York City May 8th – 11th for CO-OP THINK 17 and embark on the Journey towards Digital Transformation. This is your chance to channel Hamilton’s visionary leadership as you develop your own digital transformation playbook coupled with ideas and strategies to take home. You’ll gain valuable insights and learn how Digital, Payments, Experience and an Innovation Culture will transform our industry. Enjoy world-class educational sessions and valuable networking opportunities. Hear directly from digital transformation thought leaders, including keynote speakers: David Rogers, Columbia Business School’s faculty head of digital business strategy; Michelle McKenna-Doyle, SVP & CIO of the National Football League; Laszlo Bock, former SVP People Operations at Google; and Meg Crofton, former President of Walt Disney Parks and Resorts. See the bustling city in action on our private double-decker bus tour benefiting Children’s Miracle Network Hospitals. And who knows? You might just find yourself mingling with Hamilton thespians. Companies that embrace digital transformation are 26 percent more profitable than their industry peers on average. For more information on CO-OP THINK 17 and to register, click here. Can’t make it but still interested in starting your digital transformation journey? Register for the first of our Digital Transformation webinar series being held on June 7. 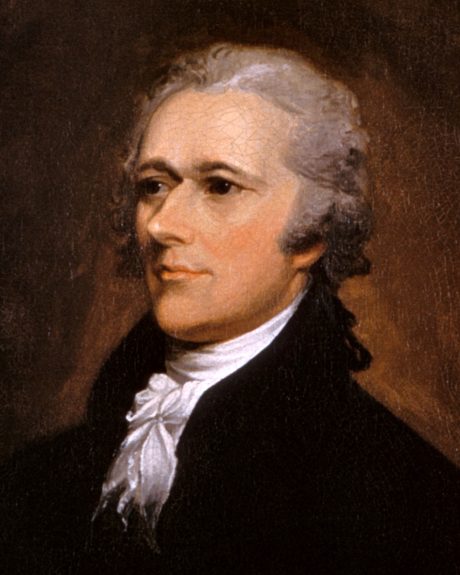