Change – It’s all in the attitude

By CO-OP Financial Services | 11.13.17
“Change is such hard work.” Billy Crystal “Everything is hard before it is easy.” Goethe “Consider how hard it is to change yourself and you’ll understand what little chance you have in trying to change others.” Unknown Whenever people talk about organizational change, someone inevitably points out that change is hard. Very hard. Almost impossible. Sure, there is truth in these statements. Change doesn’t fall into your lap. It requires effort and work. But equating change with difficulty moves it right into the space that failures occupy. Hard soon translates into “impossible” or “almost certain to fail.” It’s human to assume that failure is a more likely outcome than success. As a result of this perspective, we tend believe successful outcomes are based on luck or a fluke, whereas bad results prove over and over again that change is difficult. These negative biases exist everywhere. When people try to lead a healthier lifestyle, when an athlete has a bad season, people immediately expect a future of declining abilities. When pessimistic people try to become more positive, it’s just a matter of time before someone calls them foolish. In organizational change initiatives, our negative biases often create toxic self-fulfilling prophecies. When a project stumbles, when setbacks arise, the nagging voice in the back of our heads starts to whisper “failure,” even if 90 percent of the project is just doing fine, thank you very much. Out of nowhere, employees may start to disengage and the change engine comes to a sudden halt. Facts tell a different story According to a often-cited McKinsey Survey, “63 percent of executives who say their companies’ transformations had a significant impact on leadership capacity indicate that the transformation improved both short-term performance and long-term health. By contrast, a third of those who say their companies’ transformations had no significant effect on leadership capacity nonetheless succeeded in transforming short-term performance — a rate of success almost as high as the rate for any transformation. Further, 69 percent of respondents who have an opinion say their companies’ transformations led to a greater capacity for continuous improvement. One of the two main reasons, chosen by 61 percent, is that staff gained new skills through the transformation. The other reason, chosen by an equal share, is that the companies’ cultures became more supportive of innovation and improvement.” To summarize the findings in football terms, more than 60 percent of change initiatives score the equivalent of  short run gains and touchdowns. Only one in 10 result in punts. What does this mean to my credit union? Change initiatives are marathons. There will be cramps, unforeseen pain, hopeless moments and despair. However, most enterprises that commit to change initiatives make it to the finish line. Just like a marathon runner, credit unions just have to keep going, keep on going, always with the finish line in sight. As a leader, you should be aware that your team has multiple negative biases when it comes to change. And every time we equate change with difficulty, we give these biases power. Don’t tell your team that it’s hard to change. Tell them it’s very likely your change initiative will succeed. You and your team have learned from mistakes of the past, learned from the successes of others and you are now to ready to take on transformation. Remind them of what leadership expert Robin Sharma likes to say: “Change is hard at first, messy in the middle and gorgeous at the end.” Hello, gorgeous.
If you're interested in changing your Data Strategy, please sign up to receive the next issue of THINK Review Magazine: The Data Strategy Issue. 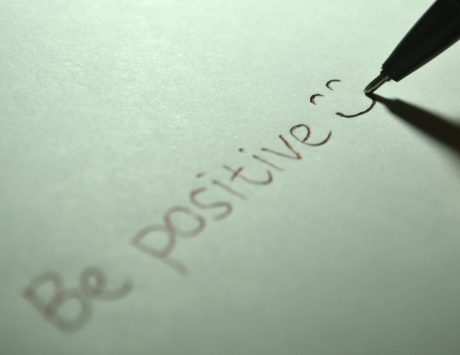