By alfonso.fernandez@coop.org | 06.12.12
In management, it can often be difficult to solve issues by thinking in a conventional fashion. Logical thinking progresses in a series of steps, and so new knowledge derived from logic is an extension of what we know already, rather than being truly new. The need for creative problem solving has arisen as a result of the limitations of logical thinking – and the need for something truly new. Creativity uses imagination along with techniques such as analogies, associations and other mechanisms to help produce insights into problems. Creativity has always existed, but its importance to the continued success of an organization has only recently been recognized. Many management issues require creative insights in order to find innovative solutions and most credit unions today are fully aware of their need for such solutions to survive and grow. Why is Creativity in Management Important? Just ask an IBM shareholder: In 1993, an IBM share was worth $42. Nearly 20 years later, the same share is currently being traded for around $195. That turnaround occurred because IBM understood the importance of creativity for their future success: By the 1990s, the once-mighty behemoth IBM was slowly fading into history. IBM was losing ground and money to the likes of Apple, Intel and Microsoft. Employees left IBM in droves and predictions of IBM’s demise were commonplace. The mainframe computer, IBM’s lifeblood, seemed dead. The future belonged to the fleet-footed leaders of the personal computer industry: Microsoft and Intel. IBM was planning to break up the company into a collection of smaller ones. Enter Louis V. Gerstner Jr., an outsider to the technology industry with a reputation as a leader and strategist. He likened IBM to an elephant, an animal raised in captivity that is suddenly returned to the jungle. Gerstner, no stranger to big companies and bureaucracy, was stunned by what he called the “extraordinary insularity of IBM”. That insularity resulted in a focus on internal process instead of on customers and the marketplace. The corporate culture could be described only as feudal. Within the first 100 days, Gerstner made important decisions to keep the company together. He reduced costs sharply and changed the way IBM did business, overhauling sales, marketing, procurement and internal systems. He didn’t break up the company, as many were advising in response to his smaller, nimbler competition. His bet was that IBM’s competitive advantage would be as the “foremost integrator of technologies” to solve business problems for corporate customers. He based it on strategic analysis, instinct and listening to customers. He kept the company together, cut payroll and other costs, reduced IBM’s dependence on hardware and built up the service business. Under his leadership, IBM caught the Internet wave at the right time, grasping its significance and translating it for baffled corporate customers. Such nimble exploitation of a fast-moving market opportunity was foreign to the old IBM. “Watch the Turtle. He Only Moves Forward by Sticking His Neck Out” – Lou Gerstner So, what made Lou Gerstner to be regarded as the most creative leader of the 20th century? He was the perfect combination of two creativity definitions: In short: Creativity is connecting the dots in new ways that resonate. 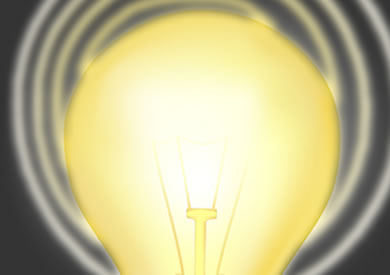