Our Narrative determines who we will become

By CO-OP Financial Services | 12.12.16
You experienced a million things today. The song you hummed on your commute. The stranger who looked at you in a weird way. The third sip of coffee. A full 99.99 percent of the things you experienced today, you will have forgotten by tomorrow. That’s why it’s ridiculous to think that you can remember what happened to you when you were 15 years old. You almost certainly don’t have a pure memory. Instead, something happened to you when you were 15. You developed a narrative about this event -- just like you did about your first day in college, your first day at the credit union. The reason why you work at a credit union. The facts of someone’s life, presented end to end, wouldn't much resemble a narrative to the outside observer, the way people choose to tell the stories of their lives, to others and—crucially—to themselves, almost always does have a narrative arc. In telling the story of how you became who you are, and of who you're on your way to becoming, the story itself becomes a part of who you are. Our life stories are important parts of our personality, along with other parts, like goals and values. Your life story is not a Wikipedia biography of the facts and events of a life, but rather the way a person integrates those facts and events internally—picks them apart and weaves them back together to make meaning. This narrative becomes a form of identity, in which the things someone chooses to include in the story, and the way she tells it, can both reflect and shape who she is.  A life story doesn’t just say what happened, it says why it was important, what it means for who the person is, for who they’ll become, and for what happens next. Sometimes, these stories are not helpful. We may tell ourselves negative stories about ourselves, the companies we work for. We focus on the negative, on the things not working, believe the grass is greener on the other side. While this can be true, it’s mostly a problem of rehearsing the wrong narrative. If the story you tell yourself about your credit union is not helpful, start rehearsing a new story. Your brand story is written in chalk, not ink, and it can be changed. You are not just living out this story, you are actually driving it. Maybe it's time to tell the story of who we become. 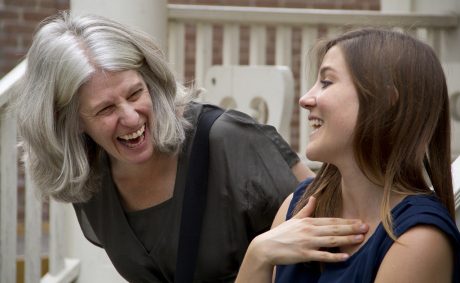