REIMAGINING THE FUTURE TO REINVENT THE BRAND

By alfonso.fernandez@coop.org | 07.16.13
Brands are like living rooms: even the most comfortable living quarters need makeovers from time to time. You need to reinvent your brand when the marketplace tells you so. Emerging technologies and the “Great Reset” have disrupted consumer behavior and expectations for good. As a movement, credit unions need to continually innovate to ensure they are relevant to their current and future members, and secure a prominent place in the financial services landscape. It starts with our brand. Why do we matter to our members and prospects? What makes us different than any other offering out there? Reinventing your brand is more than just a new logo or website: It’s about reimagining the future. Target – Stand Out From the Crowd Just a few years ago, Target competed directly with other discount big-box stores such as Wal-Mart and Kmart. All were low-cost and low-style. Target needed to break out of that sea of sameness and differentiate itself from its competitors. They did so by revamping its brand into one of high-quality and fashion-forward design, while maintaining its low prices. Target created style and design for the masses to differentiate itself from its competitors. In 2002, the Minneapolis-based retailer leapfrogged Kmart to become the United States’ second-biggest discounter behind the giant Wal-Mart. Over the last 10 years, the stock price doubled and profit margins increased. Today, Target features products by celebrity designers such as Michael Graves, Liz Lang and Isaac Mizrahi. The wide aisles, clean displays, cherry-red signature color throughout the stores and marketing materials speak to the brand’s design consciousness. Changes in the Marketplace Require Reinvention Change is the key reason that enterprises need to reinvent themselves. Sooner or later, every credit union will experience a slowdown in its growth rate. The typical business growth pattern starts out with relatively slow growth, moves into a more rapid growth pace, then plateaus. If your credit union does not become re-invigorated, its revenues will decline over time. It’s not just your credit union – it can be true of the movement as a whole. Competitors used to be limited to other financial institutions like banks. Now, competitors come from everywhere, offering innovative products and services: Square and Google Wallet are just the latest examples. Stalled growth can be attributed to other factors commanding our attention – the economy and regulatory issues, causing us to pull back from our outward communications, marketing, sales and frontline service. Are we assessing our service model to address these changes? Are we studying the consumer? We’re also experiencing changes in technology, consumer behavior, socioeconomic and psychographic (lifestyles and interests) variables. Today’s credit union leaders must shape strategies to address these trends to move their credit union along a new path that will jumpstart growth. RIM, Nokia and Microsoft – How the Mighty Fail RIM, Nokia and Microsoft haven’t been desperate enough to truly think different. When the iPhone came out, they all dismissed it as a toy that would best appeal to Mac loyalists (even though the iPod was already a game changer). RIM played up its close relationship with security- and control-minded CIOs who would never let such toys into the enterprise. Nokia and Microsoft had the same paternalistic, insular point of view. They were talking to the wrong people. CIOs and IT managers are generally risk-averse. Meanwhile, individuals were acting on years of HR advice: they were being self-empowered. Fast-forward five years, and CIOs began embracing iPhones. RIM, Nokia and Microsoft spent five years resisting change. They didn’t know how to embrace it, and they had almost no time left to figure it out. RIM and Microsoft compounded the poor results of their insular, disconnected thinking by deciding to throw away their previous core mobile markets – businesses – and aim for 20-something hipster kids. It was similar to the way the music industry focused on fighting piracy rather than reinventing its business models. It’s the same reason many companies don’t survive fundamental transitions such as the ones we’re going through now. The PC killed off Digital Equipment, the mobile era killed the PC giants (Dell, HP, etc.) and e-commerce killed off scores of retailers, such as bookstores. Thriving in times of like these requires a combination of vision, execution and timing, and it begins with reimaging the future in the light of the trends right before our eyes. 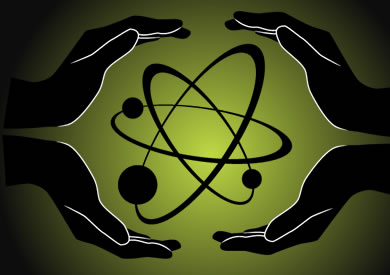