By CO-OP Financial Services | 03.15.18
When it comes to failing, our egos are our own worst enemies. As soon as things start going wrong, our defense mechanisms kick in, tempting us to do what we can to save face. Yet, these very normal reactions — denial, chasing your losses, and hedonic editing — wreak havoc on our ability to adapt. However, we need to accept that success comes through rapidly fixing our mistakes rather than getting things right the first time.

Why so many high-profile Digital Transformations fail. “Amid the excitement and uncertainty of a new technological era, it can be very difficult to distinguish between investments you need to make ahead of the market and investments that must be in sync with market readiness.  As a CEO it can be tempting to think about the early phases of radical technological change as a chance to dominate a new market rather than learning about the market.  Investing ahead of the curve makes sense when we know what the curve is. But with digital transformation, there’s a lot of exploration and understanding to accomplish before the curve starts to take shape.”

Karen Webster from Pymtns asks: Mobile Wallets: Where’s the S-Curve? “What we’ve learned is that Apple Pay’s adoption since its launch in Oct. 2014 looks more like a flat line than an S-curve. In fact, the overall growth in Apple Pay transactions is almost certainly the result of more merchants installing near-field communication (NFC) terminals than iPhone users getting more interested in Apple Pay itself.

Meanwhile, Walmart Pay looks more like it could be on an S-curve and, at least given what it’s designed to do — pay at Walmart — could possibly be on the path to success within the Walmart universe.”

Interesting Trends Insights. “In the coming year, brands will increasingly turn to design systems to propel their holistic set of brand interactions. At the conceptual level, a design system is akin to a language, defining how a brand should communicate through word choice, voice tone, context, interaction, and visual style. Like a language, a design system can simultaneously set the necessary constraints for employees around the world, while also empowering them to use assets creatively.

At the most practical level, a design system is a living hub that allows researchers, designers, developers, marketers, and any other brand stewards to access and activate rich assets for traditional and emerging channels alike.”

The very model of modern humanist technologists. “At the most general level, we are all members of a society, embedded in existing governing structures. It certainly feels like in the recent past, those governing structures are coming under increasing strain, and part of the blame is being laid at the feet of technology. One of the most important things we can do collectively is to produce clarity and prioritization where we can. Only by being clearer and more intentional about the kind of society we want and accepting what that means, can our societies and their institutions provide guidance and leadership to technology.”

Malcolm Gladwell on the ordinary greatness of Roger Bannister. “A four-minute-mile pace is just not that fast. It’s fifteen miles per hour. Anyone young and reasonably athletic ought to be able to run that quickly, for at least fifty yards or so. You can’t hit a Roger Federer forehand once; you can’t even approximate it. It is forever out of reach. But most of us, at some point in our lives, can for a few fleeting moments propel ourselves forward at Roger Bannister’s pace. In the gray days of nineteen-fifties Britain, the act of making the unattainable attainable was considered a greater accomplishment than achieving the impossible. It still should be.”

And, don't forget to join us at the Sheraton Grand at Wild Horse Pass in Chandler, Arizona, May 7 to 10, 2018 for THINK 18, the premier digital transformation conference for credit unions. 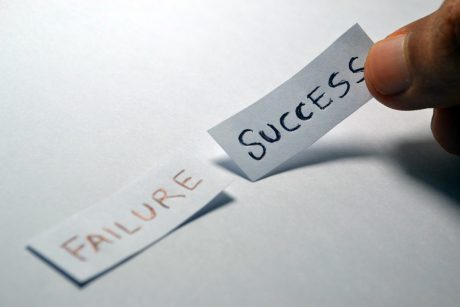