By alfonso.fernandez@coop.org | 04.12.18
A report Accenture released Tuesday puts numbers around something widely acknowledged across the industry: Legacy systems get in the way of banks offering a better customer experience. And middle and back offices have to be part of any effort to put customers first. Three-quarters (74%) of bank operations leaders surveyed said improving the customer experience is their top strategic priority. Fraud and risk management was next, cited by 70%. Survey respondents also said their core systems are holding them back from making needed improvements: Almost 40% said that the limitations of their legacy systems are among the top three impediments to digital transformation:

Back-office upgrades key to customer-focused banking, survey finds. “Five years ago, this same group of people would have said compliance and cost management were their top priorities, said Alan McIntyre, senior managing director for banking at Accenture. Traditionally, operations people haven’t had to worry about the customer experience.

“Now customer experience is No. 1 and fraud and risk management right after that,” McIntyre said. “That comes from a growth mentality. We’re seeing that as a lot of our clients pivot towards direct digital models, they’re far more worried about identity fraud and things like that than someone who walks into a branch and presents their driver's license.”

Arrested Development? What banks don’t get about the API economy. As open banking begins to gain traction around the world, the traditional closed-ranks business model that has served banks well for hundreds of years must now evolve.  Those with the vision to embrace truly open APIs will be able to capitalize on early differentiation in the open banking era. And with turnkey open banking solutions now available, banks can leapfrog their legacy system challenges and start acquiring new customers and new revenues in open banking, today.”

To understand banking’s future, it is important to think about its past. “As the financial-services business model changes, what could banking look like in a hundred years? Banking will be around in some form in a hundred years, but banks may not be. To survive, the banking industry must become an integral part of the creation of economic equality by working toward total global financial inclusion. It’s not just common sense; it is for the common good.

The legacy of this era is up to all of us. We are all part of the invisible hand.”

The two traits of the best problem-solving teams. “The groups that performed well-treated mistakes with curiosity and shared responsibility for the outcomes. As a result, people could express themselves, their thoughts and ideas without fear of social retribution. The environment they created through their interaction was one of psychological safety.

Psychological safety is the belief that one will not be punished or humiliated for speaking up with ideas, questions, concerns, or mistakes. It is a dynamic, emergent property of interaction and can be destroyed in an instant with an ill-timed sigh. Without behaviors that create and maintain a level of psychological safety in a group, people do not fully contribute — and when they don’t, the power of cognitive diversity is left unrealized. Furthermore, anxiety rises and defensive behavior prevails.”

Just do it: The Bank of the Future doesn’t include excuses. “It’s not about having a technology-based strategy – it’s about thinking strategically. Shouting “there’s simply no budget” or “it’s just about carrying the burden of compliance” is the reaction of the Learned Helplessness Support Group of bankers –  from a culture that is institutionally programmed to think in very specific ways.

That time has passed due to consumer’s expectations, enabling technology and newer entrants with a focus on data and building services, not products, off the back of what that data is telling them. The future is going to be a lot more than an app or an improved user experience over the top of what are essentially 200-year-old products.

Making the transition to the new world order needs the imagination to conceive something that doesn’t exist, the creativity to work out how to achieve it, and the courage to make it happen.” 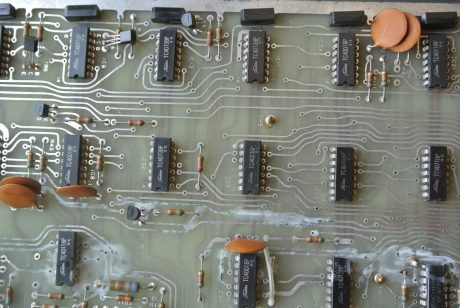