THINK Week in Review: The “Adapt or Die” edition

By alfonso.fernandez@coop.org | 03.16.17
Shelly Palmer, one of the most respected technology journalists, in a thought piece about digital transformation: "You can take your time, but understand that today you are experiencing the slowest rate of technological change you will ever experience for the rest of your life. You really don't have time to wait. Digital transformation will not get cheaper to do and it will not get faster to do. This is the part where you push back and say, "Technology gets faster and cheaper and is doing so at an accelerating rate -- that's why we have to digitally transform. We can wait until we are ready or until we are forced to do it." While everything in the preceding quote is true, the inherent problem is that it will not only be true for you, it will be true for all of your competitors and every startup that's gunning for a piece of your world. By then, it will be too late. Remember your Darwin: "It is not the strongest of the species that survives, nor the most intelligent that survives. It is the one that is the most adaptable to change." In other words, adapt or die!" The full thought piece can be found here. Two articles about Blockchain in HBR: How Blockchain is changing Finance. "Why didn’t AT&T launch Skype, or Visa create Paypal? CNN could have built Twitter, since it is all about the sound bite. GM or Hertz could have launched Uber; Marriott could have invented Airbnb. The unstoppable force of blockchain technology is barreling down on the infrastructure of modern finance. As with prior paradigm shifts, blockchain will create winners and losers. Personally, we would like the inevitable collision to transform the old money machine into a prosperity platform for all." And: The Blockchain will do to the Financial System what the Internet did to Media. "Such a fundamental restructuring of a core part of the economy is a big challenge to incumbent firms that make their living from it. Preparing for these changes means investing in research and experimentation. Those who do so will be well placed to thrive in the new, emerging financial system.? 10 Breakthrough Technologies in 2017. These technologies all have staying power. They will affect the economy and our politics, improve medicine, or influence our culture. Some are unfolding now; others will take a decade or more to develop. But you should know about all of them right now. Good read on Influencer Marketing. "Buzzword it may be, but perhaps not the “next big thing”. Fintech’s next wave: "The best days are still ahead. In comparison to the first wave of fintech, the next wave promises to be more cooperative rather than competitive, more collaborative rather than disruptive, and more broad-reaching rather than specialized. As such, it will be even more impactful and transformative than the first, and innovations are already beginning to bear fruit." 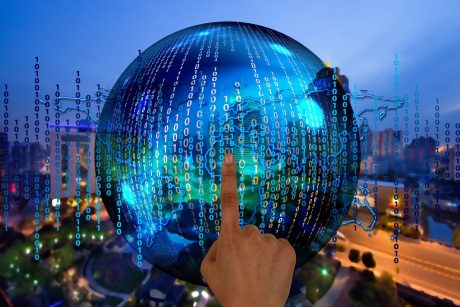