By alfonso.fernandez@coop.org | 03.01.18
Markets demand that companies and people adapt and change constantly. By one analysis, 88% of companies appearing on the Fortune 500 list in 1955 were not on it in 2014 (having merged, gone bankrupt, or fallen off the list). The most-successful managers must change similarly as they assume additional or different responsibilities through their careers, moving from head of sales to COO or from CFO to CEO. These leaders must pivot when needed, and agility requires that they be intellectually curious, ready to learn from others, communicative, collaborative, and willing to change.

Stealing from Silicon Valley: Four steps to becoming an agile bank. “Agile is a disciplined approach to find, test and change the organization’s “sweet spots” across markets, customer segments and products and services. Agile institutions are always uncovering and testing ideas on both consumers and staff to create a continual, iterative feedback loop.

“Where traditional financial institutions often bristle at change, agile banks thrive on it,” states Accenture. “At the agile bank, no idea is ever really finished.”

Interesting Visa infographic: Surprisingly, little progress in encouraging storefronts to shift from magnetic stripe to chip-embedded cards, with only 59% accepting them. However,  Counterfeit fraud at US chip-enabled merchants down 70%.

WeChat is an amazing app and here’s a good overview how the ecosystem came to rule China. “WeChat’s rise in China was aided by the censorship of foreign apps, government subsidies, and integration with government agencies. The app’s next step, to become an actual government ID system, will further solidify it as China’s official app.”

Google Pay is the Android Pay and the answer to Apple Pay. And Google Wallet is now Goggle Pay Send. In the end, Google Pay will be the umbrella for all your Google purchases – allowing third-party stores and apps to receive payments. Saw a demo at the Berlin Payments Conference – their goal is to reduce the current average purchase on a mobile device from 120 taps/4-5 minutes to 4-5 taps and less than 30 seconds.

Insights from Down Under: Overcoming challenges during a major transformation. “It sounds slightly trite, but it’s the people who make an enterprise successful. They’re the ones who answer the phones, who are at the front line servicing your customers. You’ve got to invest in your people, and value them genuinely. If you have those ingredients, I don’t think anything can hold you back. 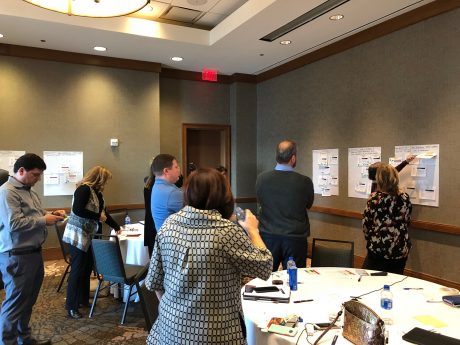