By alfonso.fernandez@coop.org | 03.23.17
"Culture eats strategy for breakfast, lunch and dinner." - Peter Drucker Any company disconnecting the two are putting their success at risk. However, while many studies show there is a direct correlation between a productive culture and your credit union’s bottom line, many companies spend almost no thinking or doing anything about this topic – even when countless hours are invested thinking and discussing business strategy. The values of your credit union have to be aligned with your strategy, business model, brand positioning. You need to ask yourself: what are the critical few cultural capabilities required to drive success? These and other corporate culture questions will be discussed by Rowan Gibson and William C. Taylor at THINK 17. Taylor, cofounder and founding editor of Fast Company, writes about WD-40 and its learning-obsessed company culture. THINK 17 is filling up fast, make sure to get your ticket now. The rest of THINK Week in Review below: Surprising headline: We know female CEOs get paid more, but we don't know why. Interesting insight: "Research has shown, for example, that the presence of women in a company’s C-suite is associated with fewer women subsequently being hired to high-level positions in that organization. Perhaps this occurs because decision makers, consciously or unconsciously, feel that the presence of one, two, or three senior female leaders signals that they’ve “done enough” for diversity, and thus exempt themselves from engaging in robust diversity initiatives." You do love visualizations, correct? Here's a good one. A day in the life of Americans. Insanely cool visualization, albeit badly missing “Stares aimlessly at phone” category. Really good question: Is predictive analytics for everyone? Or just megabanks? It’s clear: predicitive analytics are for every credit union. Interesting report: What’s the ticket to platform payments success? “As platforms for everything from ticketing to fundraising become increasingly common, companies are striving to stand out in an increasingly crowded space. And eager find an edge, some platform providers are finding it better to partner up than go it alone. In efforts to offer the most attractive platforms possible to customers, many providers from around the space have recently looked to partner with other companies in order to offer new features and platforms to consumers.” The American wealthy have been redefining social status through a practice known as 'countersignaling'. "Everything is now casual, because the new aristocracy of talent enforces all the conformity that is needed. The wealthy have set this tone, most of all in America’s highest-glamour Silicon Valley tech sector. Americans were never a culture of monocles, war medals, and dapper moustaches in the first place; in his day, Alexis de Tocqueville noted a strong American skepticism toward the practice of the duel." 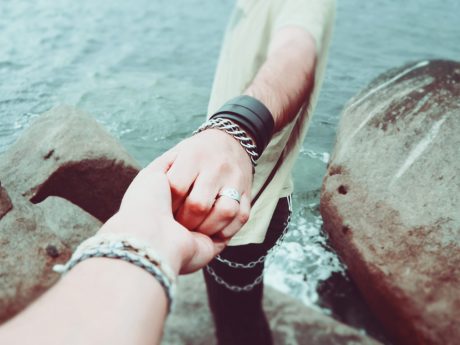