By CO-OP Financial Services | 11.08.17
The phenomenon of digitization is reaching an inflection point. The effects of an increasingly digitized world are now reaching into every corner of our lives because three forces are powerfully reinforcing one another: Last week, the latest McKinsey study (“Remaking the bank for an ecosystem world”) was shared here. This week, the Financial Brand comments on the study: “The rapid pace of digitization means that banks and credit unions must rethink their business models for the ecosystem era, where digitalization of the entire organization is not an option. The timeline for making decisions regarding the path to choose going forward is shorter than most imagine. And the stakes are higher.” Insight: The signals are everywhere: Transform now or be stuck forever with a deteriorating model. PwC study shows firms unprepared for cyber attacks. Of 9,500 executives surveyed in 122 countries, 44% say their firms have failed to create an overall security strategy. In addition, 54% lack an incident-response process and 48% have no employee awareness training program. What’s more, only 39% are “very confident” in their cyber attack attribution capabilities. Yet executives seem to grasp the dangers, especially with regard to attacks that would hit their advanced technologies. Asked to predict the impact of an attack against their automation and robotics systems, 40% cite disruption of operations and 39% cite the loss of company or sensitive data; presumably, that would include customer information. In addition, 32% anticipate a decline in the quality of the products produced, 29% anticipate damage to physical property and 22% are concerned about harm to human life. The study also shows that: As for consumers, PWC found in an earlier survey that they are more sure that their email will be hacked than they are that a flight will be cancelled. Overall, the survey shows a lack of trust in corporate security. Only 25% think companies handle their data responsible and 15% that firms will use that data to improve their lives. Worse, a mere 10% believe their personal information is secure. This study also determined  that: Insight: The lack of trust in institutions extends to data security. And, consumers have many proof cases to point at: Yahoo!, Equifax, etc.   Everybody knows the 10,000 rule. Follow the 10,000 Experiment Rule. “Following the 10,000-experiment rule means starting your day with not just a to-do list but a “to-test” list like Leonardo Da Vinci. According to Walter Isaacson, one of Da Vinci’s biographers, “Every morning his life hack was: make a list of what he wants to know. Why do people yawn? What does the tongue of a woodpecker look like?” As you go through your day, following the 10,000-experiment rule means constantly looking for opportunities to collect data rather than just doing what you need to do. It means adding a deliberate reflection process based on reviewing data before the day ends.” Insight: More than 200 years ago, Benjamin Franklin said: “Growth is a process of trial and error: experimentation.”   Good recap and insights how investment banks are reacting to the second major disruption in one decade: How the Great Recession changed banking. “The resulting technological reinvention of investment banks is likely to reshape the industry once again. Banks hampered by tight technology budgets, overly rigid organizational structures, and competing internal visions of the future will risk stagnation — or worse. While there is no doubt the Great Recession and its aftermath left the industry reeling, the next phase of technological disruption may actually lead to a more fundamental transformation of the industry. Investment banks, and the clients they advise, will need to keep up.” Insight: Digital Transformation is a challenge and opportunity for everybody, no matter the business, no matter the heritage.   Why Steve Jobs loved boredom. “When it came to brilliance, Steve Jobs was the master. So let’s take him up on his advice to embrace boredom. Let your knowledge of the science and history behind boredom inspire you to bring it back into your life. You might feel uncomfortable, annoyed, or even angry at first, but who knows what you can accomplish once you get through the first phases of boredom and start triggering some of its amazing side effects?”   Where do new ideas come from? Well, you steal them: “Many people have figuratively stood in thunderstorms, waiting for the creative lightning to strike. But creative ideas evolve from existing memories and impressions. Instead of new ideas being lit aflame by lightning bolts, they arise from the interweaving billions of microscopic sparks in the vast darkness of the brain.” 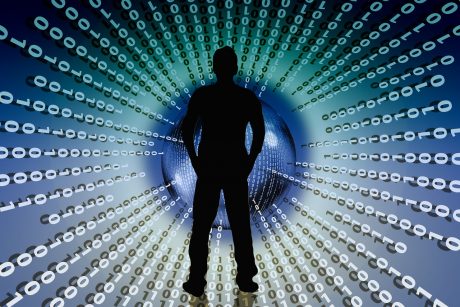