By alfonso.fernandez@coop.org | 10.26.17
Money 2020 just ended with major announcements: Uber introducing credit cards, Amazon introduces In-Door Delivery and Voice/Ai Assisted Transactions become new payment channels. We might think change comes at us fast. But change will increase exponentially based on exponential technology. Exponential technology can be defined as technologies that double in power or processing speed every year, while their cost halves. In saying this, forget about what you know, or what you think you know. Technology supplements humans. Technology is an extension of our abilities. We are living in a time where there are more technological advancements taking place simultaneously than ever before-in the next few years, those scenes in movies that seemed impossible, now seem more possible than ever. We need to unlearn the traditional ways of doing things and embrace this technological boom. And stay up to date on all exponential change news: Can Community Banks and Credit Unions survive in today’s digital world? “These challenges are not insurmountable, but they are significant. In most cases, smaller financial services organizations will not have the resources internally to address these challenges – especially considering alternative priorities in today’s marketplace. Smaller banks and credit unions will most likely need to evaluate a build/buy/partner decision. With available talent in short supply, this leaves most smaller (and many larger) organizations with a decision whether to buy or partner with a specialized solution provider to deploy digital banking solutions. But more important for smaller institutions will be the need for top level commitment to deploying resources to meet the increasingly demanding needs of the marketplace.” Instead of waving the white flag of surrender, these organizations have decided to become part of a digital banking coalition to meet the needs of a digital marketplace. In doing so, many are offering best-in-class services that are expected by the digital consumer. Doing nothing is not an option.” Venmo’s peer-to-peer payments problem.  That hurts: “The thing is, Venmo’s best monetization opportunity is probably the same as any other social network – expanding the near-comprehensive regime of capitalist surveillance imposed on young Americans.” And another competitor with less friction: PayKey raises $10M for its millennial-targeted social banking smartphone keyboard. “The idea is that by moving an extra layer of friction and not forcing customers to leave their favorite social media or messenger apps, PayKey can help financial institutions hold onto younger customers who are accustomed to the convenience of Venmo, Square Cash and Zelle and peer-to-peer payment services in messaging apps like Facebook Messenger and Snapchat.” Insight: A lot of movement in the payments space, Zelle starting to gain traction and more investments across on new (sometimes silly) ideas. Important Read: Protecting against AI’s existential threat. “We have a long way to go before powerful AI systems become a reality, which is exactly why we need to devote time and energy to AI safety now. The world today would be a much safer place if the internet had been designed with security in mind—but it wasn’t. We now have an opportunity to take a safety-first approach to a far more powerful and potentially dangerous technology. We’d be wise to take it.” Fascinating conversation between two insightful eggheads (one of them Professor Galloway, author of the just released book “The Four”) about China’s digital and economic momentum, payments in the US and China and the Chinese form of innovation. Insight: A revolution doesn’t happen when society adopts new tools. It happens when society adopts new behaviors. The divide between have and have-nots as seen through the prism of a chain restaurant: As goes the Middle Class, so goes TGI Fridays. “Today, we live in an increasingly economically polarized country, and that is mirrored in where we eat. For the haves, there are painstakingly curated farm-to-table bistros; for the have-nots, $4 tacos dusted with Doritos flavoring, or maybe, one day, Soylent. But food can be a potent form of shared culture, even from a giant multinational chain — mozzarella sticks, cheese biscuits, and buffalo wings form a common culinary ground — so having these touch points with one another is not so immaterial: We lose something if we lose TGI Fridays, and it’s more than just the Loaded Potato Skins. 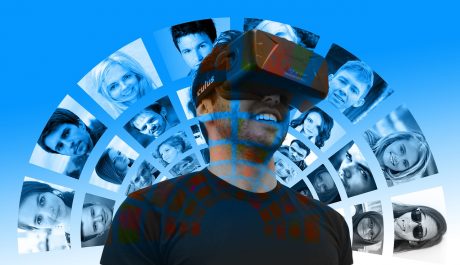