By CO-OP Financial Services | 03.09.18
There are numerous articles and reports about fintechs these days, but how much of the analysis is grounded in fact and how much is mere speculation? Deloitte wanted to understand the evolving ecosystem with data as the foundation. In particular, they were interested in the nature, type, and scale of engagement between fintechs and both investors and traditional financial institutions.

In that spirit: Banking and Fintech Collaboration: More important than ever. “Even with the best collaboration, the ability for legacy and fintech organizations to compete in the banking ecosystem will most likely be challenged by the BigTech powerhouses such as Google, Amazon, Facebook, and Apple as well as Alibaba and Tencent. Built on digital platforms, these huge organizations are efficient and have already found ways to reduce operational costs.

With a focus on using huge volumes of customer data to help predict behavior and improve the customer experience, BigTech firms could leverage customer trust and high engagement to introduce even more enhanced financial services. Add the potential to shift revenues from other businesses to enhance banking offerings and it is a brand new ballgame.”

Looks like Millennials don’t like credit cards. “Just one out of three millennials carries plastic, according to a Bankrate.com survey, compared to the majority of older Americans. In addition, a Fed survey found the 18 to 24 demographic preferred to pay cash more than others. And if they do carry a card, it tends to be of the prepaid or debit variety, TD Bank found.

Digital wallets are safe, yet Americans remain wary. “Although 25 percent of consumers have used a mobile app on their phone to make a payment — a number that will continue to grow — only 12 percent of consumers trust alternative payment providers to protect their payments, according to a separate survey from the American Bankers Association.”

If you’re so smart, why aren’t you rich? Turns out, it’s just chance. The most successful people are not the most talented, just the luckiest, a new computer model of wealth creation confirms. Taking that into account can maximize return on many kinds of investment.

Could your thoughts make you age faster? “Thought awareness can promote stress resilience. With time, you learn to encounter your own ruminations or problematic thoughts and say, “That’s just a thought. It’ll fade.” That is a secret about the human mind: We don’t need to believe everything our thoughts tell us. Or, as the bumper sticker says, “Don’t believe everything you think.”

Join us at THINK 18 to learn more about the payments revolution and register now. 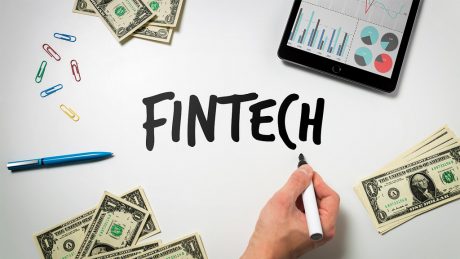