By alfonso.fernandez@coop.org | 09.07.17
The rise of business ecosystems is fundamentally altering the key success factors for leading organizations, forcing them to think and act very differently regarding their strategies, business models, leadership, core capabilities, value creation and capture systems, and organizational models. More will be learned over time, as ecosystems continue to reveal their secrets. This ongoing process is not surprising. After all, it was only in the late 1930s that we created standardized classifications for the distinct sectors of the industrial economy, and then started to track their collective output with a measure called GDP. It took almost another 30 years to hammer out the detailed, if still evolving, standards for many business professions, and almost 20 years more for the basic tools of “strategy” to be revealed. A good start is to explore hubs: Managing our hub economy. “Hub firms don’t compete in a traditional fashion—vying with existing products or services, perhaps with improved features or lower cost. Rather, they take the network-based assets that have already reached scale in one setting and then use them to enter another industry and “re-architect” its competitive structure—transforming it from product-driven to network-driven. They plug adjacent industries into the same competitive bottlenecks they already control.” Digital Payments Platforms are growing. According to a survey from U.S. Bank, roughly half of consumers surveyed keep less than $20 on hand, and 76% keep less than $50. The instances where they spend this cash appear to be shrinking as well, with 46% claiming they use cash fewer than eight days each month, and 5% saying they never use it. Digital Transformation leads to better profits for 80% of companies that pursue it, says report. Never heard of “Finstas” and “Rinstas”? Catch up on fake Instagrams and the psychology/sociology behind it. What’s more important, habits or goals? No discussion: habits. “Stephen King writes 1,000 words a day, 365 days a year (a habit he describes as “a sort of creative sleep”). Athlete Eliud Kipchoge makes notes after each training session to establish areas which can be improved. These habits, repeated hundreds of times over years, are not incidental. With consistency, the benefits of these non-negotiable actions compound and lead to extraordinary achievements. While goals rely on extrinsic motivation, habits are automatic. They literally rewire our brains. When seeking to attain something in our lives, we would do well to invest our time in forming positive habits, rather than concentrating on a specific goal. 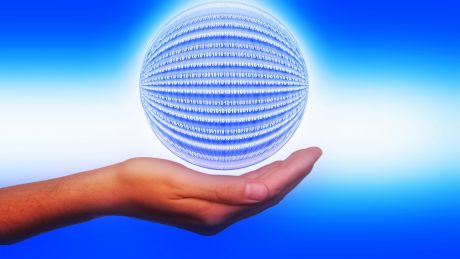