By CO-OP Financial Services | 12.08.16
The whole nation is saddened by the loss of Sen. John Glenn, the first American to orbit Earth. A true American hero. Glenn’s legacy is one of helping to open up the impossible for a burgeoning and young space flight program in the 20th century. Glenn, it turns out, had a sense of humor about the flight and had some great wisdom to impart on the world he has now permanently left behind. Here is our favorite quote: "“If there is one thing I’ve learned in my years on this planet, it’s that the happiest and most fulfilled people I’ve known are those who devoted themselves to something bigger and more profound than merely their own self-interest." Godspeed, John Glenn. Below the THINK stories of the week:
Digital transformation banking: Making progress and hitting roadblocks. Not many surprises here but a good validation: "The wide championing of departmental cooperation by respondents seems to stem from the fact that siloing is perceived as the root of obstacles slowing down digital maturation. When asked about these roadblocks, 56% citied a limited availability of IT resources, 44% mentioned fragmented data resources, and 41% pointed to not having a single view of the customer. Asked what is the biggest barrier to addressing the full customer lifecycle, 46% of respondents acknowledged the fact that different business units own different parts of the lifecycle – far and away the most common response."
Digital Leadership is not an optional part of being CEO. "The most effective CEOs will need to start thinking of themselves as digital leaders. It’s your job to push the organization to stay focused, to experiment, to innovate, and to scale through standard platforms. These principles are fundamental to success in the disruptive years ahead."
The founder of modern digital design B.J. Fogg called the field “captology” (Computers as Persuasive Technologies) is known as the "millionaire maker" in Silicon Valley: The principle of variable rewards is so strong that we're psychologically hooked to most apps - and not by accident. He is increasingly worried that his ideas were too dangerous. What are the ethics of design? How do they feature in countries and with people with gambling problems when we all carry slow machines in our pockets?
And, here's an authority to break the binge. Harris, once a Google employee, is now an activist focusing on getting people to use their screens less, and to be more intentional when doing so. In the world of addicting apps that we all live in, it's perhaps unsurprising that this article from The Atlantic has been making the rounds. He wants technology to help us set boundaries, not to try and push us past our own. He wants technology to help us to make informed decisions, perhaps by your iPhone alerting you when "you've unlocked it for the 14th time in an hour." It's not about "dismantling the entire attention economy" but instead about encouraging companies to "create a healthier alternative to the current diet of tech brunch food."
Does Decision Making Matter? Kahneman & Tverky upended our understanding of decision making - but do decisions really matter much at all? Or are our lives simply "determined by historical events, random coincidences, our own psychological needs and irresistible impulsions" 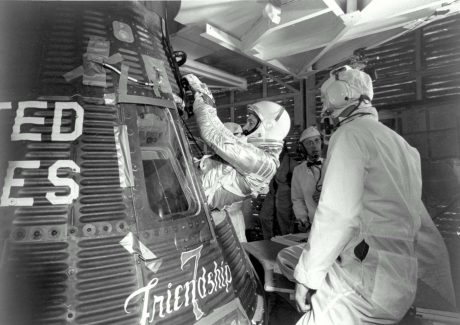