By CO-OP Financial Services | 10.12.17
Our own Samantha Paxson writes in Forbes about: Four ways to digitally transform your legacy organization. “We are on the brink of a technological revolution that will forever change how we live, work and connect with one another. All business leaders have felt the impact of the fourth industrial revolution: the digital revolution we’ve been experiencing since the middle of the last century. A fusion of technologies is blurring the lines between the physical, digital and biological experiences. Consumer-driven brands are evolving to think and behave the same way that businesses born after the new millennium think and behave. In many respects, the changes made by legacy brands are a matter of survival because consumer expectations have shifted at the pace of technological advancement. The rise of the digital revolution has replaced the transactional economy with the relationship economy: People now expect fast, anticipatory experiences that only a data-driven and networked world achieves.” Open Banking APIs are not created equally. “There’s no reason why banks have to be on the outside looking in when it comes to the latest trends, such as eliminating friction for customers, or creating novel mobile services that intelligently transacts real-time in multi-currencies based on geo-locations. Even fundamental banking operations like fee and interest calculations can be tweaked if systems allow for something elemental like the ability to define a period shorter than a day. Ultra-personalized offerings can be delivered, managed and automated, giving customers a whole new experience that can go beyond the ho-hum options of fees, rates and balances. More open APIs can deliver that, but core vendors will have to be pushed to unlock those doors. It’s time for banks to start knocking.” And PYMNTS chimes in as well: “For the banks, “it is advantageous not to think so much about building your own APIs,” said Weir, but about learning from third parties without having the overhead of having to build those APIs, allowing for the benefits of “wider distribution.” Insight: More chatter about Open Banking APIs increases the likelihood of them actually happening. Good question: What the heck are credit unions supposed to do with all those branches? “So, what to do with branches? Don’t panic, nor succumb to the hype. But Efma says you should start experimenting and prototyping their own digitally-enabled “branch of the future” that combines the humanness of the branch with self-service and digital.” “It’s about people,” says Horton with Synechron. “It’s about relationships, local knowledge, body language, smiling, being polite and generally trying to help customers that makes all the difference. No amount of technology transformation and digital alternatives can compete with empowered and motivated branch staff.” Insight: The future is digital but it’s pretty clear that credit unions should use their branch transformation as an opportunity to add value to the member experience. Our minds can be hijacked: The tech insiders who fear a smartphone dystopia. When the developer of the “Like” button is severely concerned, we should be, too. ““The dynamics of the attention economy are structurally set up to undermine the human will,” he says. “If politics is an expression of our human will, on individual and collective levels, then the attention economy is directly undermining the assumptions that democracy rests on.” If Apple, Facebook, Google, Twitter, Instagram and Snapchat are gradually chipping away at our ability to control our own minds, could there come a point, I ask, at which democracy no longer functions? “Will we be able to recognise it, if and when it happens?” Williams replies. “And if we can’t, then how do we know it hasn’t happened already?” Insight: The race for human attention is heating up and we seem defenseless. Guess what? WSJ almost with the same headline: How smartphones hijack our minds. ““The advent of the ‘information age’ seems to have created a generation of people who feel they know more than ever before,” the scholars concluded, even though “they may know ever less about the world around them.” That insight sheds light on our society’s current gullibility crisis, in which people are all too quick to credit lies and half-truths spread through social media by Russian agents and other bad actors. If your phone has sapped your powers of discernment, you’ll believe anything it tells you. Data, the novelist and critic Cynthia Ozick once wrote, is “memory without history.” Her observation points to the problem with allowing smartphones to commandeer our brains. When we constrict our capacity for reasoning and recall or transfer those skills to a gadget, we sacrifice our ability to turn information into knowledge. We get the data but lose the meaning. Upgrading our gadgets won’t solve the problem. We need to give our minds more room to think. And that means putting some distance between ourselves and our phones.” Wait! It gets even worse: Clickbait headline, still worth your time: Have Smartphones destroyed a generation? “All screen activities are linked to less happiness, and all nonscreen activities are linked to more happiness. Eighth-graders who spend 10 or more hours a week on social media are 56 percent more likely to say they’re unhappy than those who devote less time to social media. Admittedly, 10 hours a week is a lot. But those who spend six to nine hours a week on social media are still 47 percent more likely to say they are unhappy than those who use social media even less. The opposite is true of in-person interactions. Those who spend an above-average amount of time with their friends in person are 20 percent less likely to say they’re unhappy than those who hang out for a below-average amount of time.” Yes, smartphones are the new cigarettes. And we tend to consume more than 200 hits daily. This won’t end well. 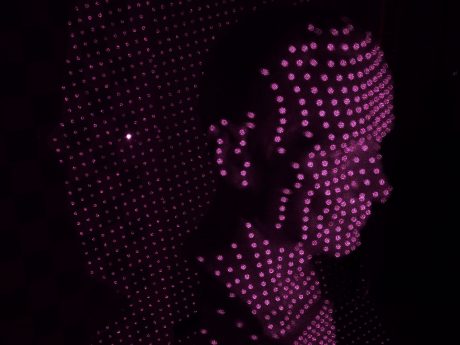