It’s not enough to weather change. Credit unions must learn to rocket ahead. 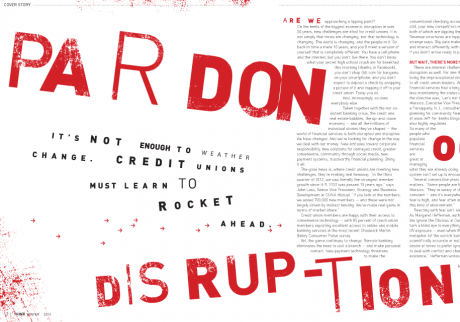