By alfonso.fernandez@coop.org | 08.30.18
Over the past decade, Thomas Frey has built an enormous following based on his ability to develop accurate visions of the future and describe the opportunities ahead. Having started seventeen businesses himself, and assisted with the development of hundreds more, the understanding he brings to his audiences serves as a rare blend of reality-based thinking coupled with a clear-headed visualization of the world ahead. Before launching DaVinci Institute, Frey spent 15 years at IBM as an engineer and designer where he received over 270 awards, more than any other IBM engineer. He is also a past member of the Triple Nine Society. As Frey says: “The people of the world have an “unfinishable mandate” to continually stretch, grow, propagate, and master not only the world around us, but also the entire universe. Watch the whole interview below and don’t forget to register for the upcoming Roadshows and THINK 19. 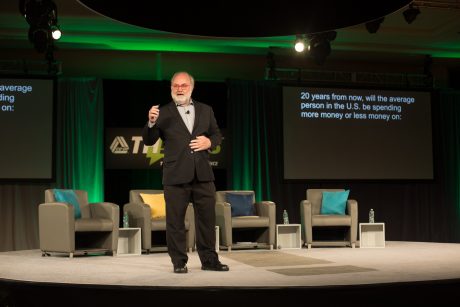