By CO-OP Financial Services | 08.31.17
The tipping point is the critical point in an evolving situation that leads to a new and irreversible development. The term is said to have originated in the field of epidemiology when an infectious disease reaches a point beyond any local ability to control it from spreading more widely. A tipping point is often considered to be a turning point. We have passed many tipping points in the recent past and numerous new tipping points are ahead of us. Like this one: Banking’s Digital Tipping Point: Clicks vs. Bricks in the Customer Journey: By 2019, banking will hit a tipping point when half of all new accounts will be opened digitally. Consumers are quickly making the shift to digital channels, but are financial institutions ready to sever their umbilical dependence on branches? Inside GE's Transformation. "All these transformations dovetailed to a certain extent. They were intended to focus us on creating value for customers by making our core businesses leaner, faster, more technical, and more global, and putting them on the cutting edge of the digital age. They have positioned the company to be more valuable over time." Growing up with Alexa? What will it do to kids to have digital butlers they can boss around? ““There’s this notion that if all this technology was turned off, everything would be great. We’d be interacting all the time, we’d be reading all the time,” Vandewater says. “I just don’t believe that.” Interview with Sarah Thompson, CEO of Droga5 about the selflessness of leadership. "The way they viewed the world was quite selfless, and my perspective is that leadership has to be quite selfless. I see lots of leaders who are the best at what they do — they’re the smartest people in the room — but it’s hard for them to move to that next level. I tell people that there’s less glory the more senior you get. You have to constantly be thinking about how you’re going to make the whole team better. To do that, you have to be kind of selfless. It’s not about winning the meeting or feeling that people would be lost without you.” Maybe we all need a little less balance. “When you put all of this together, an interesting idea starts to emerge. Maybe the good life is not about trying to achieve some sort of illusory balance. Instead, maybe it’s about pursuing your interests fully, but with enough internal self-awareness to regularly evaluate what you’re not pursuing as a result — and make changes if necessary. Living in this manner trumps balance any day.” 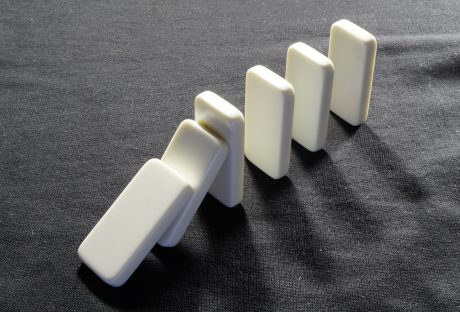